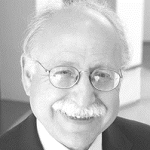 Alan F. Schatzberg received his M.D. from New York University in 1968. He did his psychiatric residency at the Massachusetts Mental Health Center from 1969-1972 and was Chief Resident, Southard Clinic in 1971-1972. He was also a Clinical Fellow in Psychiatry at Harvard Medical School.
After serving in the United States Air Force, he joined the staff at McLean Hospital and the Faculty of Harvard Medical School in 1974. At McLean Hospital, he held a number of important positions including Service Chief, Interim Psychiatrist in Chief, Co-Director of the Affective Disorders Program (with Dr. J. Cole) and Director of the Depression Research Facility. In 1988, he became Clinical Director of the Massachusetts Mental Health Center and Professor of Psychiatry at Harvard Medical School but continued at McLean Hospital with his research program on the biology and treatment of depression. In 1991, Dr. Schatzberg moved to Stanford University to become the Kenneth T. Norris, Jr., Professor and Chairman of the Department of Psychiatry and Behavioral Sciences. He was the Chair from 1991-2010.

Dr. Schatzberg has been an active investigator in the biology and psychopharmacology of depressive disorders. His research has also given us major insights into the biological mechanisms that underlie the development of delusions in major depression and has opened exciting and innovative therapeutic strategies using glucocorticoid antagonists. Dr. Schatzberg has also been an active investigator in the clinical psychopharmacology of nondelusional depression and the pharmacogenetics of treatment of depression. He has authored over 700 publications and abstracts, including the Manual of Clinical Psychopharmacology, whose eighth edition was published in 2015 and which is co-authored by Dr. Charles DeBattista. He also co-edited with Dr. Charles B. Nemeroff the Textbook of Psychopharmacology whose fifth edition appeared in late 2017. He is Co-Editor-in-Chief of the Journal of Psychiatric Research and sits on many other editorial boards as well. He is a Past President of the American Psychiatric Association (APA), American College of Neuropsychopharmacology (ACNP) and the Society of Biological Psychiatry, and was Secretary-General of the International Society of Psychoneuroendocrinology. He was received numerous awards, including: Gerald L. Klerman, MD Lifetime Research Award from the NDMDA; Gerald L. Klerman, MD Award from Cornell University Medical College; Edward A. Strecker, MD Award from the University of Pennsylvania; Mood Disorders Research Award from the American College of Psychiatrists (ACP); Distinguished Service in Psychiatry Award from the ACP and the APA; APA Award for Research; APA Judd Marmor Award for Biopsychosocial Research, ACNP Julius Axelrod Award for Mentoring, Falcone Award from NARSAD, Anna Monika Foundation Award, Kraepelin Gold Medal from the Max Planck Psychiatric Institute, etc. He is a member of the National Academy of Medicine. 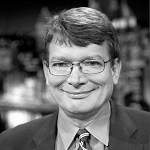 Michael E. Thase, M.D., joined the faculty of the Perelman School of Medicine of the University of Pennsylvania in January, 2007 as Professor of Psychiatry after more than 27 years at the University of Pittsburgh Medical Center and the Western Psychiatric Institute and Clinic. Dr. Thase’s research focuses on the assessment and treatment of mood disorders, including studies of the differential therapeutics of both depression and bipolar affective disorder. A 1979 graduate of the Ohio State University College of Medicine, Dr. Thase has been elected to the membership of the American College of Psychiatrists and he is a Founding Fellow of the Academy of Cognitive Therapy, a Fellow of the American College of Neuropsychopharmacology, a Distinguished Life Fellow of the American Psychiatric Association and he is President of the American Society of Clinical Psychopharmacology. Dr. Thase has authored or co-authored nearly 800 scientific articles and book chapters, as well as 17 books.

Roberta Diaz Brinton, Ph.D.
Director for the Center for Innovation in Brain Science
Professor of Pharmacology, Psychology and Neurology
Member of the McKnight Brain Institute
University of Arizona

Dr. Brinton is a world leading neuroscientist in the field of Alzheimer’s disease, and particularly the therapeutic effect of neurosteroids. Her research has focused on the mechanisms by which the aging brain develops late onset Alzheimer’s disease and her insights have formed the basis for programs that are critical to personalized therapeutic care for the disease. Her scientific endeavors have been continuously funded by the National Institutes for Health and have led to two NIH National Institute on Aging funded clinical trials.

Dr. Brinton has received numerous awards and recognition for her research and STEM education initiatives and has appeared in over 100 media outlets, including national and international broadcasts. She was awarded the USC Associates Award for Excellence in Teaching, “Scientist of the Year” by Alzheimer’s Drug Discovery Foundation, “Woman of the Year” by the California State Senate, Remarkable Woman by USC, “Science Educator of the Year” by the Society for Neuroscience, Los Angeles Magazine “Woman of the Year”, and U.S. News & World Report’s “Ten Best Minds”. For her outstanding work in promoting STEM careers among students of color, President Barak Obama presented her with one of the nation’s highest civilian honors, the Presidential Citizens Medal.

She has over 200 scientific publications including reports in the Proceedings of the National Academy of Science, Journal of Neuroscience and Nature Reviews, and holds multiple patents. Dr. Brinton earned her bachelor’s degree in psychology and biology (Summa Cum Laude Honors, Phi Beta Kappa), her master’s degree in neuropsychology, and her doctorate in neuropharmacology and psychobiology as a National Institutes of Health Predoctoral fellow, from the University of Arizona. She continued her research as a National Institutes of Health Postdoctoral Fellow at Rockefeller University’s Laboratory of Neuroendocrinology in New York from 1984 to 1986. In 1987, she was an invited scientist at the Weizmann Institute of Science, Rehovot, Israel; the Rudolf Magnus Institute of Neuroscience, Utrecht, the Netherlands; and the Netherlands Institute for Brain Research, Amsterdam. She was on faculty at the University of Southern California from 1988-2016 and returned to the University of Arizona to lead the Center for Innovation in Brain Science http://cibs.uahs.arizona.edu/. 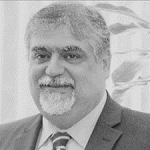 Dr. Papadopoulos is the world’s leading authority on the structure, function and pharmacology of TSPO, and his research has elucidated the role of TSPO as a main control element for the synthesis of endogenous neurosteroids.

Dr. Papadopoulos is a graduate of the School of Pharmacy of the University of Athens. He completed his PhD in Health and Life Science at Université Pierre et Marie Curie, Paris, and post-doctoral studies in France and Australia. In 1988, he joined the faculty of Georgetown University School of Medicine, where he rose through the ranks to become Professor and Chair of the Department of Biochemistry and Molecular Biology, Associate Vice President for Research and then Director of the Biomedical Graduate Research Organization at Georgetown University Medical Centre. In 2007, he moved to Montreal as the Executive Director and Chief Scientific Officer of the Research Institute of the McGill University Health Centre, and Professor of Medicine at McGill University where he held the Canada Research Chair in Biochemical Pharmacology and the Phil Gold Chair in Medicine.

Dr. Papadopoulos’ research focuses on the pharmacology of steroid hormone biosynthesis in relation to endocrine pathologies, male reproductive disorders, neuropathologies and cancer as well as the identification of new molecules targeting key elements in diseases where steroids play a determining role. This work has been supported by grants and contracts from the National Institutes of Health, the National Science Foundation, US Department of Defense, Canadian Institutes of Health Research, Canadian Foundation of Innovation, private foundations, as well as the pharmaceutical industry.

He has published over 350 papers, holds numerous patents and served on advisory committees of various U.S., Canadian, European and other government agencies, foundations and corporations. Dr. Papadopoulos is an elected member of the French National Academies of Pharmacy and Medicine, a fellow of the U.S. American Association for the Advancement of Science, and a fellow of the Canadian Academy of Health Sciences.

Kelvin Gee is known for his innovations in the pharmacology of novel allosteric modulators of ligand-gated ion channels and for his seminal work in developing the first synthetic analogs of the neuroactive steroid allopregnanolone, for non-anesthetic use. Along the way he discovered and patented novel uses for ligands of the TSPO for therapy following CNS disease or injury along with 12 other patents for novel therapeutic agents directed at serious CNS disorders. Just two years beyond his post-doctoral training and while a junior faculty member at the University of Southern California (USC) School of Pharmacy, Dr. Gee became the scientific founder and Chief Scientific Officer (CSO) of the biopharmaceutical company, CoCensys Inc. (1989). The company’s technology was based on his pioneering work with neuroactive steroids, including ganaxolone. While at USC he was supported by the prestigious Pharmaceutical Manufacturers Association Foundation Faculty Development Award in Pharmacology which allows academic scientists to pursue drug discovery projects. Concurrently, as CoCensys’ CSO, he helped raise over $135 MM from start-up to subsequent financings and partnerships with pharma that led to a successful IPO, and ultimate sale of the company to Purdue Pharma. He is a serial entrepreneur and has remained active in the start-up and initial operations of multiple biopharmaceutical companies including GeminX, Ista Pharmaceuticals, Remergent, Kadmus Pharmaceuticals, Xytis and Anvyl where he acted as interim-CSO, scientific advisor or board member and has served on the scientific advisory board of one of the oldest biomedical venture capital firms in the U.S., Sanderling Ventures.

Over the past 2 decades, Dr. Gee has been responsible for leading both venture capital and NIH-funded drug discovery/development teams that have taken several NCE’s from discovery into clinical development. The innovation of his drug discovery work has been highlighted in commentaries published in prestigious journals such as Nature Reviews Drug Discovery, Nature Reviews Neuroscience and has publications that have been cited as “must read” by the Faculty of 1000 for his high impact research. Most recently, his research led to AVL-3288, the first type I positive allosteric modulator of α7-nicotinic receptors for the treatment of the cognitive impairment associated with schizophrenia, currently in clinical evaluation at Columbia University supported by a grant from the National Institute of Mental Health. He continues his cutting edge research in drug discovery with multimillion dollar support from the NIH. A program focused on developing non-addictive analgesics for the treatment of neuropathic pain is supported by a grant from the National Institute of Drug Abuse. Another grant from the CounterACT Program of the National Institute of Neurological Disorders and Stroke focuses on identifying new drugs for the treatment of status epilepticus associated with poisoning by neurotoxins such as soman. Dr. Gee received his BS with honors in biological sciences from the University of California Irvine, a Ph.D. in pharmacology & toxicology from the University of California, Davis under the auspices of a Pharmaceutical Manufacturers Association Foundation Advanced Predoctoral Fellowship award in Pharmacology and was a recipient of a highly coveted individual NIH National Research Service award for support of his postdoctoral training in receptor pharmacology at the University of Arizona Health Sciences Center.